Falling for Grace
Grace Logan needed time away to heal. Her divorce had been hard...the betrayal even harder. Especially this week. She was headed to her boss' beach house for peace and quiet. That was the plan. Unlike her name, Grace wasn't so graceful and one of her falls changed everything.

Book 3: The Art of Rivers
Rivers Sullivan had found happiness. True love. And then, it was all taken away. A year later, she travels to St. Simons to tie up the ends of her past. Get some properties ready to sell. Still raw and sore from her pain. And surprisingly, God starts a new work in her life in a way she never expected.

Book 5: For the Love of Joy

Davis Donnelly has overcome many things to get where he is now. But, before he enters into ministry, he was one small thing to finish. To seal up his past so he can move on to his future, serving Christ.

Joy Donnelly is so busy in life: an ICU nurse, going to school and raising a very active toddler. The last thing she needed in her life was for her past to come knocking...and worse, an accident that has her depending on Davis’s help.

Hank is a very active two- almost three-year-old. His antics had me laughing out loud often throughout the story. Although, there were times that I went through many tissues while reading as well. Another inspirational story that pulled at my emotions.

Pete Thompson happened upon a bad accident. After helping the driver get her pets out of the vehicle, he finds out it’s the person renting his late grandparents’ house. She’s a peculiar person. And he must be, too, as he starts hearing things in his head. Like this person needs his help. His hands are full already as a single parent.

Skye Youngblood, or Sydney “Syd” Smith as she’s calling herself, hated being back in Alabama. The fear she lives with is too real here. But Miss Lydia and Sparrow need her. So, she’ll be working on Dauphin Island at the Sea Lab for the next few months. As a loner, the job suits her, working with sea life and caring for two dogs and one cat. Animals that are broken, like she is.

A touching story about a woman who needs God in her life to help her heal from past abuse. A man who knows he’s nothing without God’s help. Unique characters, both human and animal, and a page-turning story on a sensitive subject. Very well written, considering the sensitive nature of the story.

Book 1: Leaving Oxford
Sarah Beth LeClair has a problem. She lives in Oxford, Mississippi and can't leave. She is held a prisoner there by her own fears. She has returned to her Christian faith and struggles with the question of why faith isn't enough to help her break through her fear. 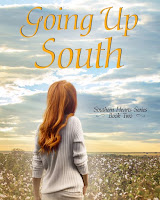 Book 3: Tackling the Fields
Cole Sanders' life changed after a mission trip. It took that trip for him to see he needed God in his life. And it opened his eyes to the girl who had been tutoring him for a few years. Up until then, Cole had lived life as he wanted—mostly in worldly ways. Once back in Oxford, he found his newfound faith and his old life would take some adjustments.

Book 4: Blown Together
Sam Conrad has had enough. He gave up his dreams long ago when his ex-fiance and father had convinced him how he had to live his life. Working for his dad—always under his thumb. No more. The final stick has broken the camel's back. Sam is leaving town and starting over.

I loved this story. I've enjoyed the entire series but this book has laugh-out-loud humor and yet, keep the tissues handy as it draws tears, too. Both characters have backgrounds that makes it hard to trust new relationships. The reader can first meet Sam in the first book; Leaving Oxford. Cassie's story, Elinor's sister, is book two; Going Up South.
*******************
Posted by Just Judy's Jumbles at 5:26 PM