Prequel: You Don't Have to Be A Star
Amazon
MacKenzie Grace's life isn't quite so amazing as one would think...for a movie star. Her ex-husband has a new and younger girlfriend. She didn't get the Oscar. And now, an old stalker seems to have returned to torment her. So her agent sends her to the hills of Tennessee.

Luke Alexander lived through being captured by drug lords in Mexico...and yet he isn't living. He's hiding at his park ranger job up in the mountains and at his cabin away from all humanity. He lives with survivor's guilt and past mistakes. The last thing he needed was a woman to babysit.

I loved this story. Great characters and a bit of a mystery along with the romance.

Jed Ransom has taken his mentor's place in Ember, Montana as the new jump boss. Everyone in the fire camp and community are still shaken from the loss of seven of the smokejumpers. Fathers, sons, brothers, and husbands. Including Jock Burns. The man who taught Jed everything he knew about firefighting.

Blazin' Kate Burns has returned to Embers temporarily. She was asked to be one of the four people parachuting down for the memorial. After a crisis on the way down—that turns out very well—the one person she didn't expect to see not only shows up when she lands. And he's not happy.

A few months short of a year since the mens deaths and it's still felt strong. If someone like Jock Burns, a legend, could die fighting a fire... Jed and Kate have a fire ready to erupt between them—some good sparks, some bad. But Jed just can't be around her. He doesn't want to see her die. This is the start of a great series and looking forward to the rest of the books.

Liza Beaumont had excepted her single life and was content—until the fire near her town. Meeting smokejumper Conner Young threw all her past ideas out the window. Only problem was—he left—with his job. He would always leave.

Conner Young didn't believe in promises. A person couldn't promise nothing would go wrong. And he had lost too much already. But with Liza, he could take one day at a time. Friends. That's what he told himself anyway.

I really love this series. The author writes these books in such a detailed way, that the reader feels they are feeling the heat in the fire, the air in their face when skydiving, the terror of running from a grizzly.

Book 3: Burnin' For You
Amazon

Reuben Marshall has a past of failures that haunts him. The if-onlys he'd have followed his instincts or done things differently. That fear of failure holds him back from getting to know the pretty pilot for their smokejumping team as well.

Gilly Priest, aka the preacher's daughter, isn't sure she's worthy of God's love. And defintely not dating material. If she was though, Reuben seems like the trustworthy type of guy she could lean on.

When a crisis hits their smokejumping team, Reuben and Gilly need to work together to save them. And that includes opening themselves up to trusting each other and working together. This is the last book in this trilogy. There has been a continued story in each book about someone stealing Conner's drones and starting fires with them. Great series. I love how this author writes, making everything so real.

Book 3.5: Oh, the Weather Outside is Frightful
In boxed set below... 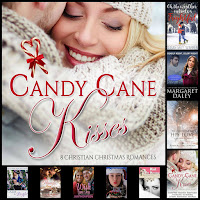 Book 0.5: If Ever I Would Leave You
Amazon
Ian Shaw, self-made billionaire, a man who has life by the horns—or so it seemed. He couldn't have the woman he wanted and the niece he took in a year ago has different plans for her life than he has for her.

Sierra Rose had the best job ever as Ian's personal assistant. The two lived in different worlds—tailor-made suits for Ian—thrift store dresses for Sierra. And...he was her boss, so even if more was possible, she'd have to quit her job. They'd just have to go on as friends.

When life takes an unexpected turn for Ian—he'll take that friendship—it's the only thing helping him hold it together. They both fight against their past choices as well. This is only the beginning of Ian and Sierra's story. There is romance—but not a happily-ever-after...yet. I'm hoping they get it. Loved this story and looking forward to the rest of the series. The next book in this series is Wild Montana Skies.

Book 0.5: I Really Do Miss Your Smile
Amazon

John Christiansen was going to play football one day in the big league and never look over his shoulder at the small town he grew up in. Too bad if his dad would have to sell the resort that had been in their family for three generations. Easy words for a young man of eighteen.

Ingrid Young's family had been coming to the same resort since she was thirteen. And that was how long she'd been in love with John. Of course, like all guys, he only had eyes for her sister, Kari. She'd find a way to make John see her. And she tried summer after summer.

This was such a good read, but very emotional. Definitely one to have tissues handy. To have one-two weeks a year to see the person your heart pines for and to go home disappointed until the next year. The author has these two go through many ups and downs. It was a real page turner and I'm looking forward to reading the rest of the series.

Book 1: Take a Chance on Me
Amazon

Book 2: It Had to be You
Amazon

Book 3: When I Fall in Love
Amazon

Book 4: Always on my Mind
Amazon

Book 5: The Wonder of You
Amazon