Name one thing about yourself that would shock readers if they knew.
I hate butterflies. They completely freak me out. I will mow anyone down to get away. It’s stupid and makes no sense, but there you go.

Favorite book or character you have written?
I love writing Grace. She’s a very strong woman who makes mistakes right and left. She is faced with problems so far out of her control and yet she can always overcome. I try to make things work out for her, even if it isn’t really the best outcome. She makes it work and moves on!

Are you sad to end a series and leave the characters behind?
The book I am working on now is called This Night and it is the last in my Grace Allen series. I don’t want to let my characters go, so I will be doing a few spin-offs.

Do you write about places you have lived?
My stories are based in Reno, Nevada, my home town. I do take some liberties and make up most of my locations. I don’t think there are many werewolf owned establishments, although, I could be wrong.

Do you read the same types of books you write?
I love to read my own genre. My favorite authors are Kim Harrison and Karen Mariee Moning, but I also love classics and many historical romances. 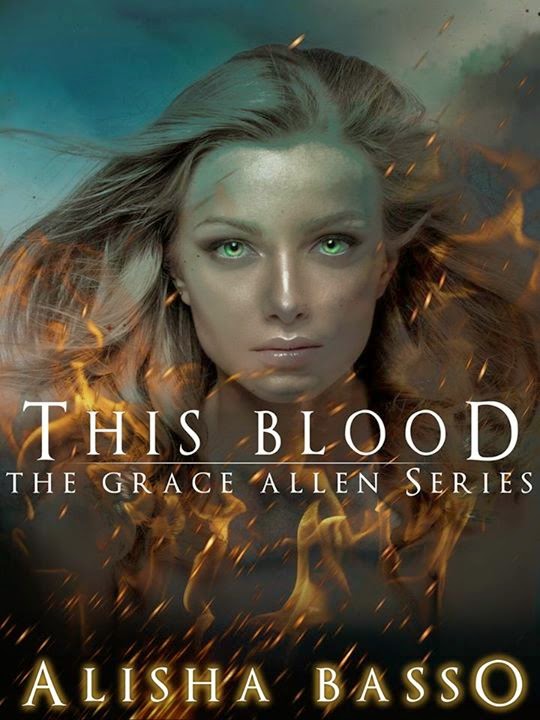 Book 1: This Blood
Amazon
Grace Allen is just a girl struggling to survive. Working at a bar called The Edge for a grumpy boss and odd co-worker. Her life is pretty boring. Soon enough Grace wishes it was like that again. It all changed one night at the bar when the most sexiest man she ever encountered came to the bar. He was looking for her and wearing the very ring she had found and sold. No way he would know who she was. When a second most sexiest man ever tries to warn her that she is someone special and he could keep her safe, she ignored him. Big mistake.

Lucian is sweet and handsome but Grace has trust issues. Especially when he’s trying to tell her she is the only one of her kind. Until now she didn’t even know there were all these different creatures of myth roaming the earth, let alone that she was one of them.

Seth McPhee is a powerful vampire, hungry for more. He finds a way to achieve it when he learns about Grace. What he can’t get with his looks and charm….he’ll take.

This story is told from Grace’s view. It’s fast moving and intense at times. Definitely goes to show you that no matter how handsome the guy is….don’t mean he’s a good guy. Fact is, Grace meets all kinds of hunky guys and each one seems more evil than the next one. This is the first book of a series and leaves the reader ready and waiting for book two.
**Sexual situations and language 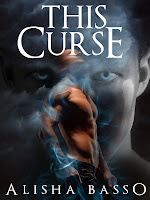 Book 2: This Curse
Amazon
Grace Allen is back. In the first book, This Blood, Grace finds a ring….well actually, a ring finds Grace and changes her life forever when she becomes a powerful Madea. Everyone wants her power. She has an understanding with the Master Vampire, Seth and her friendship with Lucian continues. Things really seem to be settling down, that should have been her first clue that all hell was about to break loose.

Lucian has a new apprentice in his life and he seems to change, drastically. A pack of wolves team up with a bad demon….as if there is any other kind….to once again pursue the Madea. And then things go to Hell, literally.

I highly recommend reading This Blood first as it lays down the basis of what the story is all about and you will meet all the characters and know who is who. These are well written books with unique story lines. Not your average paranormal. This book gets a little darker and into the depths of all that’s evil and Grace has choices to make that will change her future and the future of her friends, both old and new. I really enjoyed both of these books, they are the type you pick up, figuratively speaking, and don’t want to set down until the last word. The current story closes but with the door open enough for the reader to know…..book three is coming.
**Strong sexual content and language 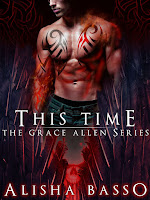 Grace Allen has been on one adventure after another ever since she found out she's someone special. A Madea. The last of her kind. She is wanted by a handsome vampire named Seth, a warlock named Lucian and of all things the devil even wants this woman as his own. Or is it just her blood and power they are after?

Grace found herself in dire trouble at the end of last book and it only gets worse. Nothing like having a very powerful Madea, that can change things with just her thoughts, running around with a memory lapse. Especially when the bad guys are out there waiting for her.

Welcome to a world of magic, vampires and a hidden realm with elves not to mention the creepy crawlers and such. A world where it always seems some danger is always lurking around the corner. And a book where you can't even guess where the story is going or what surprises will come in the end. It's a series that you'll want to start with book one, This Blood followed by the second book, This Curse.
**Sexual content and language 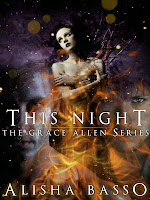 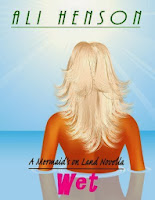 Tia is a mermaid who enjoys the warmth of the vacation homes after all of them have left when summer is over. She must keep the secret of what she is from all humans, no contact with them. She didn't expect any to return early and especially not in the house she was in. After sneaking off unseen, she needed to return once more to retrieve a precious item she forgot. When faced with a life and death situation she had a choice to make that could change her life forever.

This is a nice short read and yet a complete story. Both Jared and Jack are characters that quickly become endearing. Sweet and humorous, especially when Tia's thinks about some things are taken quite differently by humans. The next book is Jack's story, Wild.
**Sexual content 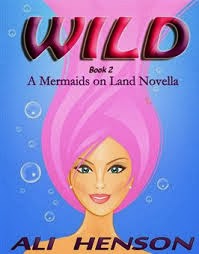 Book 2: Wild
Amazon
Jared and Tia had met and fell in love in Wet. They met after Tia had exposed herself, in more ways than one, to save Jack.

Jack was berating himself for having the hots for his best friend’s girl. There was just something about Tia that drew him. Not her exotic burgers she made new and unimproved every Sunday night. No, Jared definitely loved her to eat those things. When Jack finds a strange woman in his private cove, Tia is quickly forgotten. Now he only had eyes for Charlotte. Or not. She was a total lunatic and he did not want to go that route again.

These are such fun stories. I laughed out loud while reading Wild. Unique characters from both books blend the real world with the world under the sea that Jack had no clue existed.